Black Note Graffiti’s second studio album Volume II: Without Nothing I’m You exhibits all of the required firepower for their style, metal/hard rock in an often alternative vein, but they offer listeners a little more. The songwriting driving the eleven songs on this new release are distinguished by the deceptive simplicity of their composition, lyrical material that captures the typical mood of the style while still embracing an intelligence you don’t often hear from this type of music. Lead singer and second guitar player Ricardo Ortiz has a strong delivery, full of fire and sheer muscle, but also proves himself capable of shaking up his singing with quieter, more nuanced passages. There’s a good combination of material on Volume 2 and some surprising risk taking that you wouldn’t expect to hear from bands working in such a way.

“No Love Lost” begins things with an uncompromising punch that’s full of confidence and assertiveness you don’t often hear from band’s second albums. Ortiz gives the lyric extra bite, but the writing is sharp and doesn’t waste even a word – much like the arrangements maintain a resolute focus each time out. They raise the bar even higher with the album’s second track “Such is Art”. Despite a rather formal sounding title, “Such is Art” has a physicality that comes across from the first and has a good mix of percussive words and intelligent grappling with theme that isn’t often found in the genre. The songwriting focus means that the band’s songs rarely run longer than four, four and a half minutes and they immediately engage with listeners from their first. “Castles” exhibits their focus honed to a fine edge with its sub-three minute running time and their devotion to not wasting the audience’s time rewards listeners with a physicality that few songs on Volume 2 possess. They make excellent use of dynamics with a start-stop guitar arrangement linking up nicely with drummer Kurt Keller and bassist Adam Nine.

“Bars from the Cages” is one of the album’s best songs and a certain crowd pleaser. Black Note Graffiti demonstrates, from the first, a notable penchant for strong choruses and this is one of the best – it hits a rousing note that Volume 2 rarely reaches. The anthemic qualities of this song are never overplayed, however, and it seems more geared to be an attention grabbing audience number rather than an opportunity for singing along. “Why We Trust”, based on title alone, seems like it might be skirting pretentiousness, but it’s actually one of the deeper and more rewarding numbers on Volume 2. Ortiz, in particular, gives one of his best singing performances on the album and invests this fine lyric with a great deal of added meaning. They cop a bit of an old school hard rock feel on the swinging “Natural” and Ortiz proves himself equally adept with this style. Black Note Graffiti has seen some major lineup changes since recording this album, namely the addition of vocalist Gabrielle Bryant, but this release nonetheless still stands on its own as one of the year’s hardest hitting rock releases.
album review alternative rock black note graffiti hard rock metal music music review review rock volume 2: without nothing i'm you 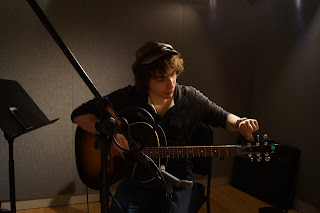